Your G8Way ... To Customer Focussed Support

In this section, you will learn about customer-focussed service, supporting the Participant to meet their NDIS plan outcomes, providing choice and control and ensuring value for money.

Diversity refers to the range of differences between people. In a workplace it means understanding that each individual is unique and recognising our differences. These can be along the dimensions of race, ethnicity, gender, sexual orientation, socio-economic status, age, physical abilities, religious beliefs, political beliefs, or other ideologies. When we explore these differences in a safe, positive, and nurturing environment we can discover the richness of talents and perspectives that people from diverse backgrounds can bring to our organisation.

When we are open to the dimensions of diversity contained within each individual, we move beyond simple tolerance to embracing and celebrating people and valuing their contribution.

Culture represents the values, beliefs, customs, behaviours, structures and identity by which a group identifies themselves (Axelon, 1999, Janicki 2000). Culture is not something foreign and in Australia does not mean anything other that Anglo-Saxon heritage. All human behaviour is influenced by culture. Culture refers to the way a particular group acts in accordance with their world view. 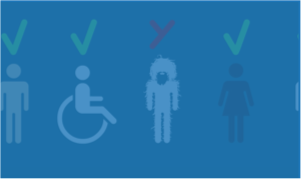 We all have a tendency to assume that people who belong to a particular racial group, nationality, political, religious or social group share the same values, beliefs and behavioural expectations. However, recognition of cultural difference must not become an excuse for generalisation and stereotypical expectations of conformity to cultural values.

Making assumptions about the expected behaviours of others, based on culture, ethnicity or national identity can lead to stereotyping which is often incorrect and confusing. Also it may not reflect the central principle of Choice and Control in the NDIS or the practice of person-centred thinking. It is important to take care to recognise cultural difference and to accept it, but not to generalise or stigmatise people. Be aware of your own values and prejudices without it impacting on the quality of service provided and respect the Participant’s right (and that of their family) to hold views that are different from your own.

People from the same cultural background may share some attributes and ideas but there are many factors that influence the degree to which people identify with a particular group: 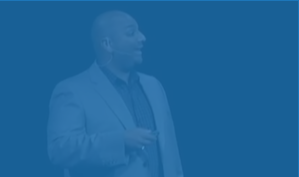 Understanding Diversity:
Where Are You From?

As workers, we are all influenced by culture. We all express culture in the way we behave, think and communicate. There are many aspects of diversity that may be present in our work colleagues.

There are benefits in being in a workplace that values diversity and makes everyone feel included and valued. Some of those benefits are:

As workers, how do we ensure we are supporting the value of diversity? Part of this thinking can be to ensure we meet and work with a diverse range of people, find ways to reflection practices and behaviours and ensure we undertake some training and professional development.

Inclusion Starts with I